I should start with some full disclosure: I’m going to fanboy all over this article. You’ve been warned.

My wife and I have been Radiohead fans for-freakin-ever. We danced to “Karma Police” as our first dance at our wedding. And yet, they’re one of the few bands that we’ve never seen live. Mostly because they don’t make it this far north into the hinterlands of America very often.

When they announced this tour, and one of the dates was in Chicago, we decided to just plunge into bankruptcy and go see them.

Also, I love Chicago. I would road trip there in a heartbeat anyway.

I’ve got to say, this was the most organized major concert I’ve ever been too. It helps that the crowd was super chill, but the security guys were on top of things, and very polite. We didn’t stand in line for too long before being ushered into the building and run through the checkpoints.

We got our wristbands and headed down to the floor by the stage.

Most of the time, this would be the moment where one of us would go grab some drinks while the other staked out our territory. We opted to watch this show alcohol-free. I maintain that this was the correct decision.

She Ben Tzur / Johnny Greenwood and the Rajasthan Express 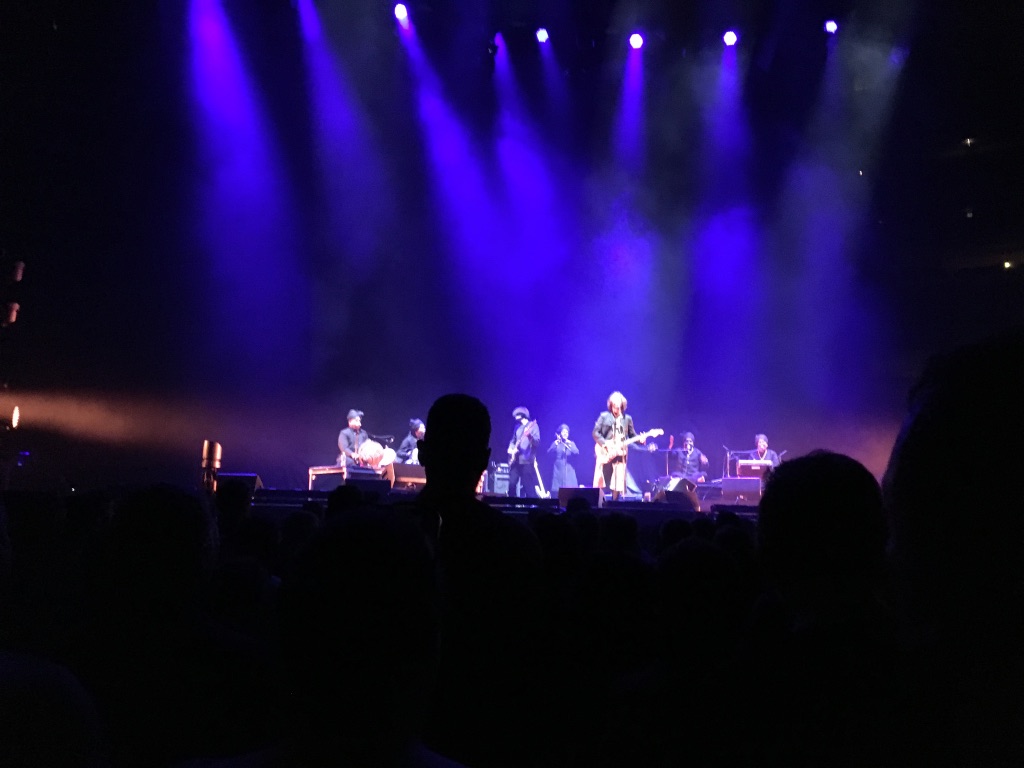 Let me start off by saying I had no idea what to expect. But, these guys were great. The drummer on stage right was by far my favorite to watch. The guy had presence and talent, and a warm sense of humor.

The music was fantastic. Read up on these guys here: LINK and check out the music they made for the documentary Junun

Ok. So, Thom Yorke was jovial. Gregarious. A dancing machine. He was joking with the crowd, and seemed like he was having the time of his life. A happy Thom Yorke was something Radiohead’s music had not prepared me for.

If you’re looking for a set list, there’s a great site for that: setlist.fm

One of the most impressive things about watching this band is the sheer amount of instrument switching that happens while performing on stage. There’s two drummers, for starters, and that doesn’t include all the sequencers and drum machines that get layered in. Thom switches between electric and acoustic guitars between songs, keyboards, a small synth, and a piano that was wheeled out every few songs. And Johnny had a full-on pit crew running guitars, keyboards, all manner of synth’s, laptops, antique drum machines, radios and effects… It’s all the more impressive when you realize they change the set list every night. That crew was super organized.

That light show was a cool mix of stage lights, and video projection of live concert video spliced and layered on the screen. They did some good lighting with a stationary disco ball a few times too, but the stand out moment for me was the close up of Thom Yorke’s eyeball while he sang “Spectre” (which I guess was a first for this tour. Yay!) was haunting, creepy, and fantastic. 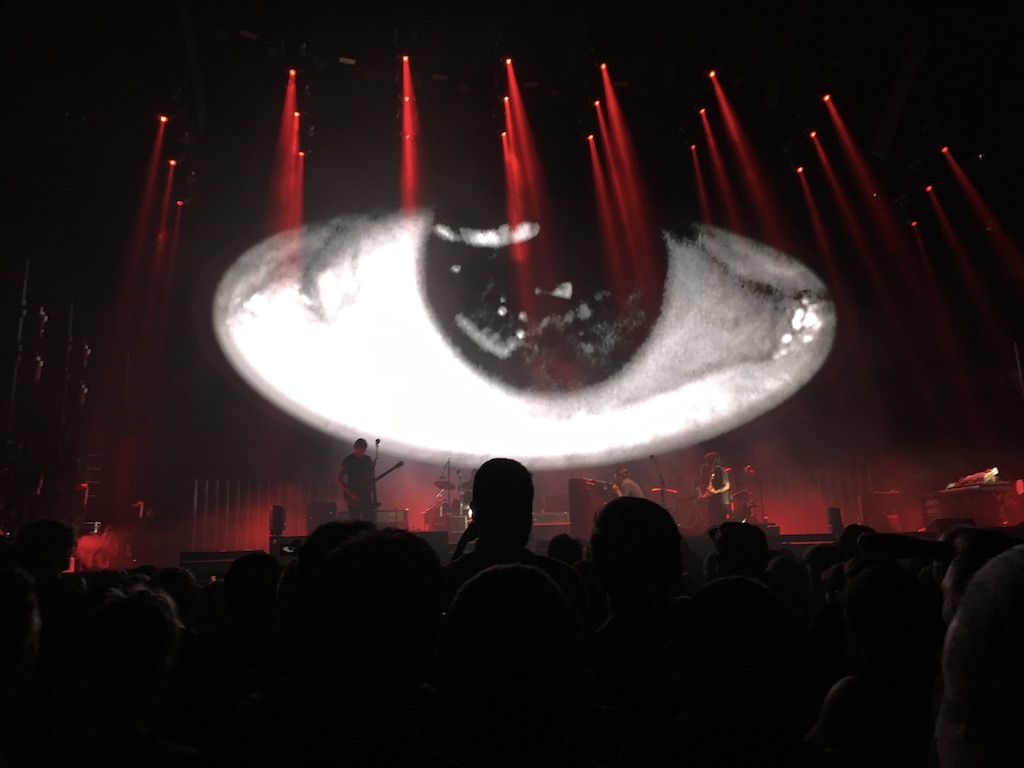 They did two encores, which is pretty standard fare for large concerts now. I’m trying to remember the last time I went to a concert without seeing at least two, and I can’t think of any. This is not a complaint, just an observation. It’s hot up there. They’re working hard. They need a break. Johnny needs a moment to get out of that thick wool sweater he’s been wearing (In July….).

Ok, let’s go back to the dancing. Thom moves like a 20-something at a rave. He was smiling. He told a whole slew of jokes. None of this really matches up with this image of “R A D I O H E A D” that has built up in my head for the last 20 odd years. He has, almost iconically, been this brooding, tortured figure that would drive us through insecurity, loneliness, anguish and pain. Seeing him happy was cathartic and hopeful. His presence onstage is… Well, you really can’t not look at him. That voice, those movements… Thom Yorke is the kind of person you hope shows up to the party and drinks that bottle of whatever that you were saving for a special occasion.

Johnny was and is a huge guitar hero for me. These days, guitar is about 1/3 of his duties. He’s the musical equivalent of a Swiss Army knife, as he’d jump between keyboards and giant rack-mounted drum machines and piano’s. But then the tech would bring him that telecaster and all my focus would shift to that. He still attacks the strings like they were his prey. His arms and back and neck almost coil into this uncomfortable looking striking position.

Ed, unjustly, seems to be underrated as a guitarist. The way his parts get interspersed with Thom and Johnny’s guitars can get very intricate. And he gets pretty spacey with some loop pedals and delay. There was more than one moment where he’d use a e-bow to produce what I could have sworn was a synth on their records.

Colin’s bass. Dear god. It falls around the beat. It falls ahead of the beat. It gets atonal. Outside of post-modern Jazz, it’s some of the most unusual bass playing. And yet it works so perfectly with each song. A regular bass line, matching up with the drums, would sound so foreign in a Radiohead song. It’s fun to watch him play, because you can watch him keep time with his body as he picks out which notes to play and which to omit. Then you get to a bass-heavy song like “The National Anthem” and his bass suddenly keeps time, and just his head moves.

Then there’s Phil. I have so much respect for this guy. Because, his job is insane. C’mon now. Between his already complicated parts, there’s also a second drummer / percussionist, AND THE CRAZY LOOPS AND DRUM MACHINES. That’s a lot of information to juggle. He’s a goddamn rock. 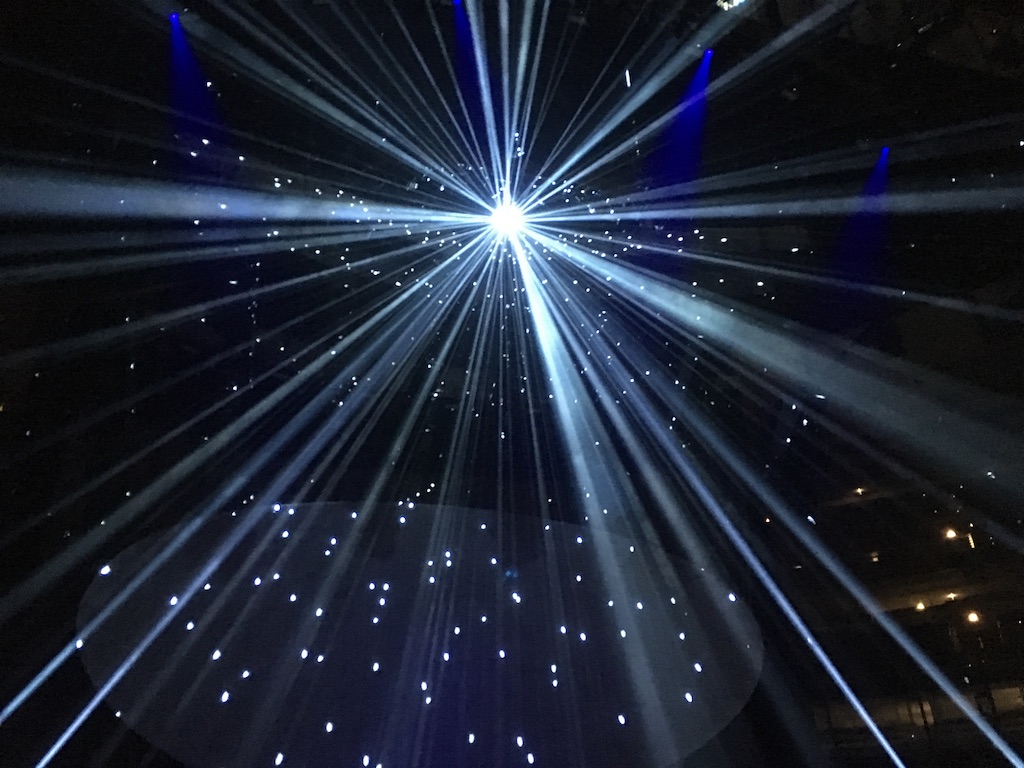 Was it everything I hoped? Yes, and more. Easily in the top 5 concert’s I’ve ever seen. Worth every penny and every mile traveled to get there.

To really cap it all off, they played “Karma Police” as the closer. Happy Anniversary honey!

To the big guy from Madison who stood behind us, thanks for being awesome. Cheers! 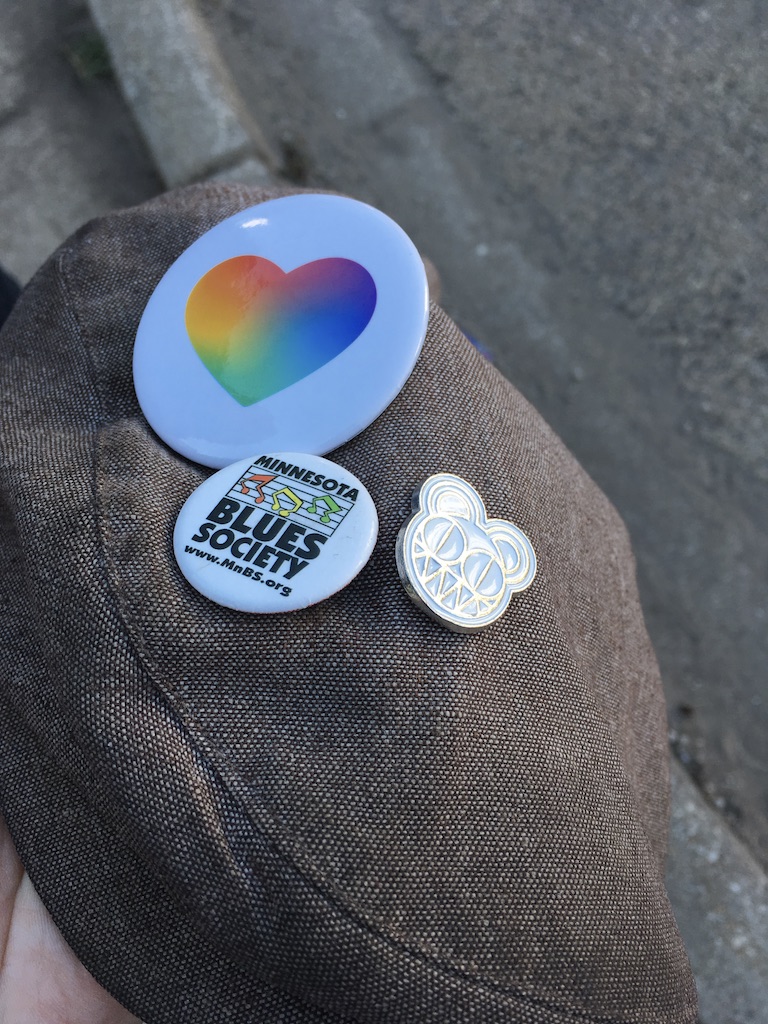